As we hold our annual meeting in Zagreb, about 2016. Euro Interleague Baseball, here is most important details and changes from the previous year.
League will stay in 2 pools “A” and “B” with 6 teams in “A” pool and up to 8 teams in “B” pool. Zajčki Ljubljana, will not participate in “A” pool, so Trnava White Angels will participate in 2016. “A” pool, as a 5th team from the regular season 2015. In the play-off Qualifier round, winner and 2nd team from the “B” pool, will have advantage of home field. Euro Interleague Baseball will launch our own web site, operate by EIB team. On that web site, we will post all the news, schedules, and statistic from the games. After you confirm your participation in the league, you will receive e-mail from EIB team about all the details and your obligation and how to send information to them.

Here is proposal of Schedule for the 2016. “A” pool. It was very complicate to make one, because of different dates of European cups for our teams, Danube cup, some international tournament that our club wants to attend, problem with Trnava and Nada fields. It is not ideal one, but was best that I can do in this moment. Please read it carefully, and let me know your opinion, but not later then December 31st. After that I will consider it a final one.

Fort the “B” pool, we have interest of 8 teams so far. All the teams must confirm they participation with the Euro Interleague Baseball forms no later then January 15th. After that I will prepare Schedule, using the same weekends as we use for the “A” pool ( not all of them).

All Star Game. We were thinking about to have all star game this year if we will find some free weekend. It can be North vs South. It cant help to promote our league more. Teams, what do you think about it? 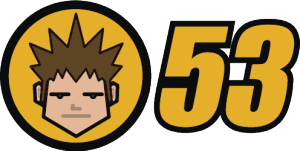